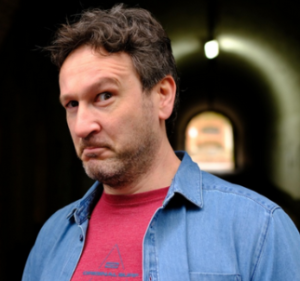 Best Known for his one man School show “Expatie” has been performing stand up comedy since 2010, playing all over Europe in Clubs, Pubs, Schools, Universities and events delivering improvised mayhem and stand up comedy. 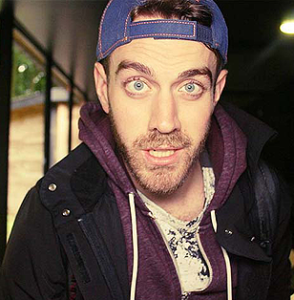 Tristan is a comedian, improviser, writer and performer on The Schuman Show and a member of the Brussels English standup comedy scene.. He brings a bundle of energy to his shows. He talks about everything from everyday situations to politics.

Best Known for his comedy character creation “Mr.Beige” he is a founding member of the Brussels Comedy Troupe “Insecure & Dangerous “, he works as an actor and trained at Atelier des mime in Berlin, Ecole Lassaad in Brussels (pedagogy de Jacques Lecoq) and Blueraincoat Academy Ireland.

Niamh Moroney has been dabbling in the world of comedy since 2006 with Devious Theatre. She began touring her self penned comedy shows in 2011, selling out venues, winning awards, and gaining rave reviews everywhere she went! Niamh’s last commissioned piece PULLED was a sell out hit at the Edinburgh Fringe Festival. Niamh began performing stand up comedy with Insecure & Dangereux, in Brussels, Belgium. Niamh has played to thousands of happy audiences since.